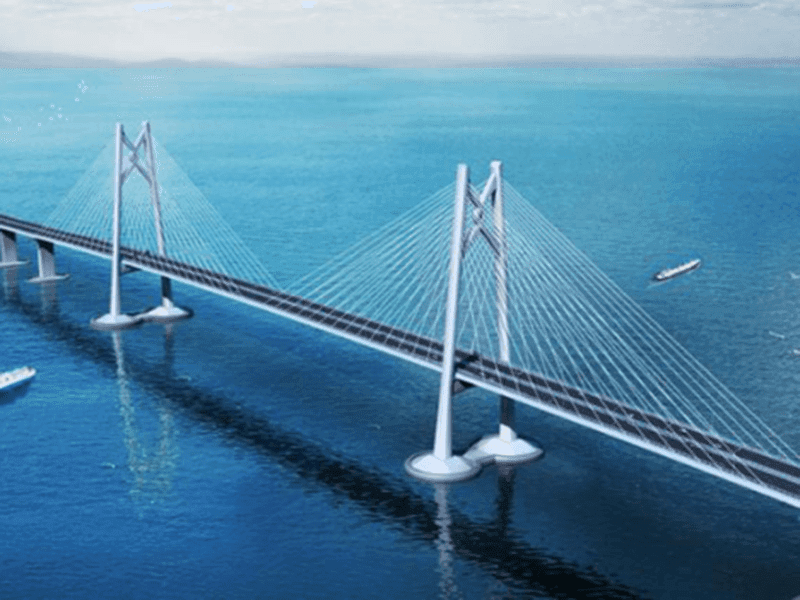 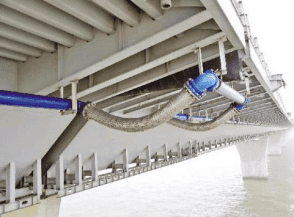 This is the world's longest cross-sea bridge with a total length of 55 km.

This is the world's longest submarine tunnel bridge with a tunnel length of 6.7 km. It all adopts prefabricated caissons.

This is the world's longest steel bridge. The main beam steel plate reaches 420,000 tons equivalent to the weight of 60 Eiffel Towers.

Hong Kong-Zhuhai-Macao Bridge - crosses the waters of Lingdingyang. This is the first time that Guangdong, Hong Kong and Macao build a world-class super-large cross-sea traffic engineering under the framework of "one country, two systems".

Hong Kong - Zhuhai - Macao Bridge connects Hong Kong, Zhuhai, and Macao. It is a large cross strait with a total length of 55 km, and will become the world 's longest cross - sea bridge. Among them, it is the largest project and the main project "sea bridge" has a length of 35.578 km, 6.75 km of which is the underground tunnel.

On the Hong Kong-Zhuhai Bridge, DN250 steel pipe is installed on the water pipe and each tube is 6 meters long and weighs 360 kilograms. The steel frames are adopted for hanging in the bridge below the box girder.

Hello, please leave your name and email here before chat online so that we won't miss your message and contact you smoothly.